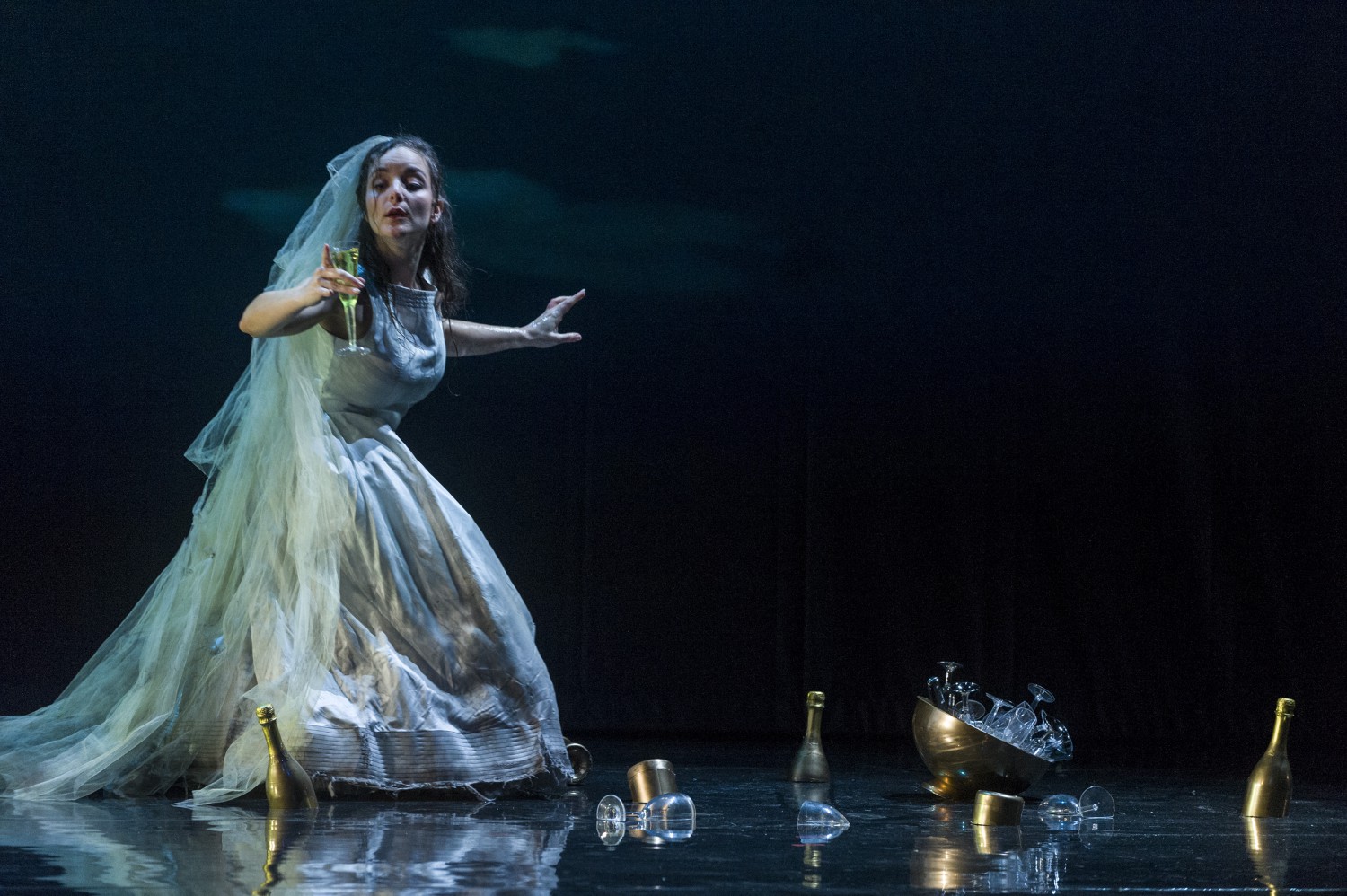 “HAMLET GRABS YOU” – “SUCCESSFUL ON ALL FRONTS”

Our new production of Hamlet, Ambroise Thomas's opera, was received with enthusiasm. After the first performances in the Koninklijke Schouwburg, which were sold out, the audience gave a sustained ovation. The press was elated as well. “Hamlet by OPERA2DAY grabs you”, leading newspaper NRC heads its four-star review. Trouw gives four stars: “Brand-new Hamlet shows insight into psychological drama.” De Theaterkrant, which awards five stars, says: “Very many well-considered details in this opera, which is beautifully played, sung and acted. Do not miss it.”

Den Haag Centraal recommends Hamlet as “a must for every opera aficionado.” Internationally, too, Hamlet has drawn attention. Journalists from the United Kingdom, France and Germany were at its première. The German online magazine O-Ton's review says: "The company may look back on a production that was successful on all fronts and that was received by the audience with matching enthusiasm.” Opera Now's critic sees Hamlet as “a remarkable reinvention of the piece.”

Ingenious images
Hamlet is OPERA2DAY's first production which combines film and opera. This impresses. “The entire drama is ingeniously supported by film images by filmmaker Margo Onnes (Den Haag Centraal).” “OPERA2DAY uses video projections on two screens, one in front of and one behind the action. The back one is, very cleverly, out of true and thus provides the stage view with depth and dynamics (Trouw).” “Beautiful repeating images at the beginning and the end.  When Hamlet sees his father and Ophélie entwined in a dance of death, he summons his courage for an unexpected deed (De Volkskrant).” “The film images by filmmaker Margo Onnes give this dark drama the perfect atmosphere and sometimes even add an extra dimension (Opera Magazine).” OPERA2DAY deleted the ballet and other superfluous scenes from Thomas's grand opéra in order to maximally focus on the drama. According to Opera Now the result is “lithe, focussed and highly dramatic.”

THE SINGERS: “A TREAT” AND “A RELIEF”

The critics find a lot of musical enjoyment in Hamlet. “Singers and instrumentalists are throwing a party,” according to Den Haag Centraal. “Baritone Quirijn de Lang epitomises a wavering Hamlet. Mother Gertrude and murdered Claudius are excellently sung by Martina Prins and Martijn Sanders. Joop Keesmaat, the old hand, just has to remain silent to impress as Hamlet's father's ghost (De Volkskrant).”

Blood-curdling
Quirijn de Lang is highly praised for his interpretation of the title part. “A dream Hamlet, not just vocally but as a whole. One time convincingly manic, another time noticeably withdrawn or furious (Opera Magazine).” “Quirijn de Lang was such an expressive and intensely dramatic performer (Opera Now).” The other singers are also praised. “Martina Prins (Queen Gertrude) effortlessly adapted her voluminous soprano to the sound of the ensemble and sung her part charmingly. Lucie Chartin (Ophélie)'s performance was also strong. With hysterical coloraturas, a piercing look of madness and a butcher's knife she delivered a blood-curdling suicide scene (NRC).” “Lucie Chartin is a soprano who wipes the floor with prejudices about 19th-century Bel canto. No Bianca Castafiori, no warbling. Top note, thrill or tune, with Chartin everything perfectly ensues from the madness which makes Ophélie head for suicide … a brilliantly spun-out madness scene which knocks you out (De Volkskrant).” “The remaining singers were all admirably vivid … forming a strong backdrop for the protagonists (Opera Now).”
The acting and direction are appreciated. “It is a relief the singers are not plodding through several hours of opera with affected acting, but are inspired to play their part with empathy … They keep up naturally with the music's rhythm (Trouw).”

The New European Ensemble and conductor Hernán Schvartzman listened to historical recordings from just after 1900 in order to be able to play Hamlet in a historically inspired manner. This is favourably received. “The company creates warm and dark décors for the singers with expressive glissando lines and elastic phrasings (NRC).” “Daniël Hamburger arranged the music, which is meant for a large orchestra, for the much smaller New European Ensemble. As a result the music sounds shamelessly beautiful and expressively and subtle at the same time … The choir was deleted, the ensemble sings the choir parts. The result is excellent and focusses on the protagonists. (De Theaterkrant).” “The New European Ensemble and conductor Hernán Schvartzman make the score sing from beginning to end (Trouw).” Opera Now, too, admires Daniël Hamburger's arrangement: “We were always going to lose something, playing Thomas' score with a 15-piece band with just five string players, but under Hernan Schvartzman's direction the remarkable thing was how much was preserved, and how the players made this new lithe version of the score work well.”