In the spring of 2019 OPERA2DAY and the Nederlandse Bachvereniging presented a brand-new baroque opera, with music by Antonio Vivaldi. The Venetian composer's fiery and virtuoso opera music is making a true come-back. In the show Vivaldi's most thrilling arias are combined in a new libretto. They tell an equally thrilling story, based on the illustrious epistolary novel Les Liaisons Dangereuses.

Marquise de Merteuil and Vicomte de Valmont play a dangerous game with love. The former lovers trump one another with sensual cruelties. They dare each other to seduce others. Their relationship is challenged when Valmont seems to fall for the charming but virtuous Présidente de Tourvel. In the vicious battle that follows all those involved are eventually ruined. A fatal love story as well as a portrait of an era in which a jaded élite collapses under its own intrigues.

The fierce emotions resonate in Vivaldi's vocal and instrumental fireworks, performed by a sparkling international cast and the top musicians of the Bachvereniging. The work is combined with newly composed recitatives into a whole.

THE REVIEWS
The press showers stars on 'Vivaldi – Dangerous Liaisons'. The first “impressive cooperation” (leading newspaper NRC) with the Nederlandse Bachvereniging is received favourably. “With its energy, elasticity and quick responses the Bachvereniging shows to be a flexible top ensemble" (NRC). "Hernán Schvartzman's musical direction resulted in a passionate, throughout Italian Vivaldi" (Theaterkrant).

The combination of Vivaldi's music with a new libretto results “a perfect synthesis" (Place de l'Opera). “This combination of historicising and innovative opera practice cannot be applauded too loudly.... Once more the talented members of OPERA2DAY, led by Serge van Veggel, show a fine example of thinking out-of-the-box" (De Volkskrant).

The five singers in 'Vivaldi – Dangerous Liaisons' are highly praised. “The Italian alto Candida Guida renders a cold and calculating Merteuil, exactly as expected from her character" (Place de l'Opera). “An impressive Merteuil" (De Volkskrant). She has a fervent antagonist in Yosemeh Adjei as Valmont. A “very fine" (NRC) and “sweet-voiced" (De Volkskrant) countertenor. Barbara Kozelj as the chaste Présidente de Tourvel is found to impress. “Her deep and powerful voice lingers on" (Trouw). Danceny is played by Maayan Licht – “his coloraturas were brilliant" (Theaterkrant). “Stefanie True convinces as the innocent Cécile de Volanges" (De Volkskrant). Their “splendid duets" (De Volkskrant) reveal them to be “vocal virtuosi" (Trouw).

Vivaldi - Dangerous Liaisons was made possible thanks to:

Municipality of The Hague
Fonds Podiumkunsten

Prelude
Early morning, January 17?? A Venetian palace. The opening feast of the carnival season has just ended. Marquise de Merteuil's guests have left and she is the only one still dancing in the rooms of her palace. Merteuil orders Victoire, her matron and confidante, to serve breakfast, which brings a retinue of servants on the stage.

First act
The Vicomte de Valmont, who was asleep in a corner of the ballroom, shows up at the breakfast table. Valmont is Merteuil's best friend and former lover. Merteuil tells him that her most recent lover, the rich Gercourt, just ditched her for the young Cécile de Volanges. Merteuil is bent on revenge and wants Valmont to help her. She suggests that Valmont should deflower Cécile before she marries Gercourt. Valmont thinks it is not worth bothering because Cécile is so inexperienced. He is planning a far more interesting conquest: Madame Présidente de Tourvel, the beautiful but pious and virtuous wife of the president of the supreme court. Valmont intends to court her until she has yielded to his charms. He prefers to have Cécile conquered by her music teacher: Chevalier Danceny, who at the fencing club has confided to him to be in love with Cécile.

Second act
The next day. Merteuil's music room. Cécile comes storming in. Upset she tells her mother intercepted a love letter to her from Danceny. Her mother then said she will be given in marriage to Gercourt. Subsequently Valmont pops in with Danceny, who has just been dismissed by Cécile’s mother from his music teaching job.

The two young sweethearts are moved by their encounter. Merteuil offers to have the music lessons at her home from now on.

When Cécile and Danceny have left, Merteuil makes it clear that she wants things to speed up. She challenges Valmont to seduce both Cécile and Tourvel as soon as possible. She demands written proof of the seduction of Tourval: a letter in which Tourvel declares her love to Valmont. In reward Merteuil will spend the night with him once again.

Third act
Tourvel's garden. She is reading a love letter to her from Valmont. Then she sees Valmont, who treats his servant Azolan surprisingly nice after a mishap. In order to get a better view, she trips and thus betrays her presence. Valmont takes tender care of her. Tourvel utters her amazement at the way he treats her and his servant, which is very different from what is to be expected from his bad reputation. Valmont says he used to give in to casual pleasure, but that her good, virtuous example has led him to reform his ways. He then declares his love for her. Tourvel wants none of it and walks off in anger.

Fourth act
A few days later. A private room in Merteuil's palace. She is writing a letter to Valmont to tell that Cécile’s mother has advised Tourvel to keep away from him. She hints that this should give him sufficient reason for prioritising the seduction of Cécile.

When Danceny arrives to give a music lesson he finds the room empty. He rehearses a song he has written for Cécile about a caged bird. Merteuil catches him singing. She says Cécile will not come and the love aria will not do anything for him. Merteuil will teach him how to seduce a woman: with a daring letter. She is going to dictate this letter to Danceny. Meanwhile she seduces him.

Danceny's letter is delivered to Valmont. He takes it to young Cécile's bedroom. Together they read it. Cécile gets impressed with both the words written by her beloved Danceny and the seductive Vicomte in her bed. Valmont understands that the letter was dictated by Merteuil. He suggests to reply together. When they begin to write a playful letter, Cécile starts to like this game and soon she takes the lead.

Fifth act
Valmont does not have the letter written by Cécile delivered to Danceny, but – slightly adapted by Azolan – to Tourvel. She reads it as one of the many love letters she received from Valmont during the past weeks. We see how Tourvel, married and virtuous, is struggling with Valmont's affectionate words and persistent adoration. She is not familiar with such kind of love in her arranged marriage. Tourvel tries to avoid Valmont, but does not succeed. She hopes he will settle for her friendship. Valmont refuses. When he asks her to say out loud she does not love him, she cannot. She begs him to leave her alone and cries for redemption.

Sixth act
Valmont has discovered that Tourvel, who has been avoiding him for more than a month and refuses his letters, goes to confession in the Gesuati church each week. Valmont sees an opportunity to meet her there. Frustrated by the slow progress of his amorous project he vents his emotions with physical violence on Azolan and other servants. Thus he exceeds the bounds of the maltreatment and humiliation his servants are willing to put up with. Some of them turn their back on Valmont and their serfdom.

Valmont writes a letter to Merteuil interpreting Tourvel's evasion as a sign of his near victory. He will win her in the church that day. He thanks Merteuil for introducing him to Cécile, who gives him some pleasure in his melancholy. As yet Cécile does not know she is pregnant with Valmont's child. Thus Valmont fulfils the first part of his promises to Merteuil.

Tourvel enters the church. In her prayer she confesses that her heart belongs to someone other than her husband. Valmont approaches and says he has come to say goodbye. Tourvel holds on to him. Merteuil, who went to the church immediately after receiving Valmont's letter, sees all this from behind a pillar. When Valmont spots her, he frees himself of Tourvel. She declares her love for him, but he leaves her dangling. First, she has to write a letter to him confirming her love.

Seventh act
Ash Wednesday, the first day of Lent. Merteuil's palace is deserted. After recent lower-class uprisings in the city most servants have left. The few servants that have remained loyal are trying to keep up the appearances of a luxury palace life.

Merteuil is reading a letter from Valmont in which he describes his ‘total win’ of Tourvel. He announces to come over with the promised written declaration of love to claim his reward from her.

On his arrival Merteuil tells Valmont that he did not conquer Tourvel, but that Tourval has conquered him, which is quite different. Valmont is the laughing-stock in their circles these days. Merteuil has no intention of rewarding him for this. She asks for another sacrifice. He has to break up with Tourvel. He is allowed to say it is not his fault, but the request of another woman. This is the only way in which he can earn his reward and restore his reputation.

Upset Valmont rushes away, ignoring Cécile who has just arrived for one of Danceny's music lessons. She finds him in Merteuil's private rooms, asleep. She realises that Danceny and Merteuil have deceived her. It is more than she can take. The shock causes her to start bleeding. Merteuil coldly observes she has lost Valmont's child. Furiously, Danceny goes after Valmont.

Left alone Merteuil realises the carnival has truly ended. She will organise a final ball, which all characters of the play will attend. She makes Victoire, her only servant left, write the invitations.

Valmont returns and announces he has broken up with Tourvel. Merteuil, however, tells him it does not matter anymore. It is obvious he still loves Tourvel and has chosen his vanity and reputation over true love. Desperately, Valmont leaves, knowing he has lost everything of value now.

While Merteuil prepares herself for the ball we see Cécile retreating into a convent. Tourvel is already there. She became insane. Restrained in a straitjacket she thinks she sees Valmont everywhere.

Danceny has challenged Valmont to a duel. Valmont offers no resistance and is stabbed to death.

When Merteuil is fully dressed for her final ball she gives Victoire permission to leave the palace and join the rebellious population which is sacking the town and driving the elite from their palaces.

Alone in her palace Merteuil opens the ball. 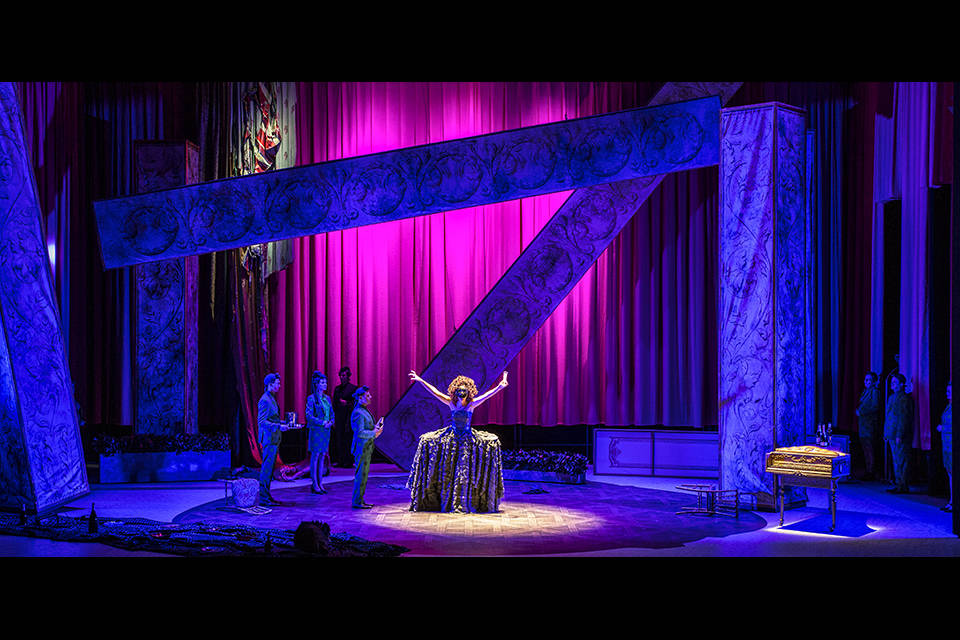 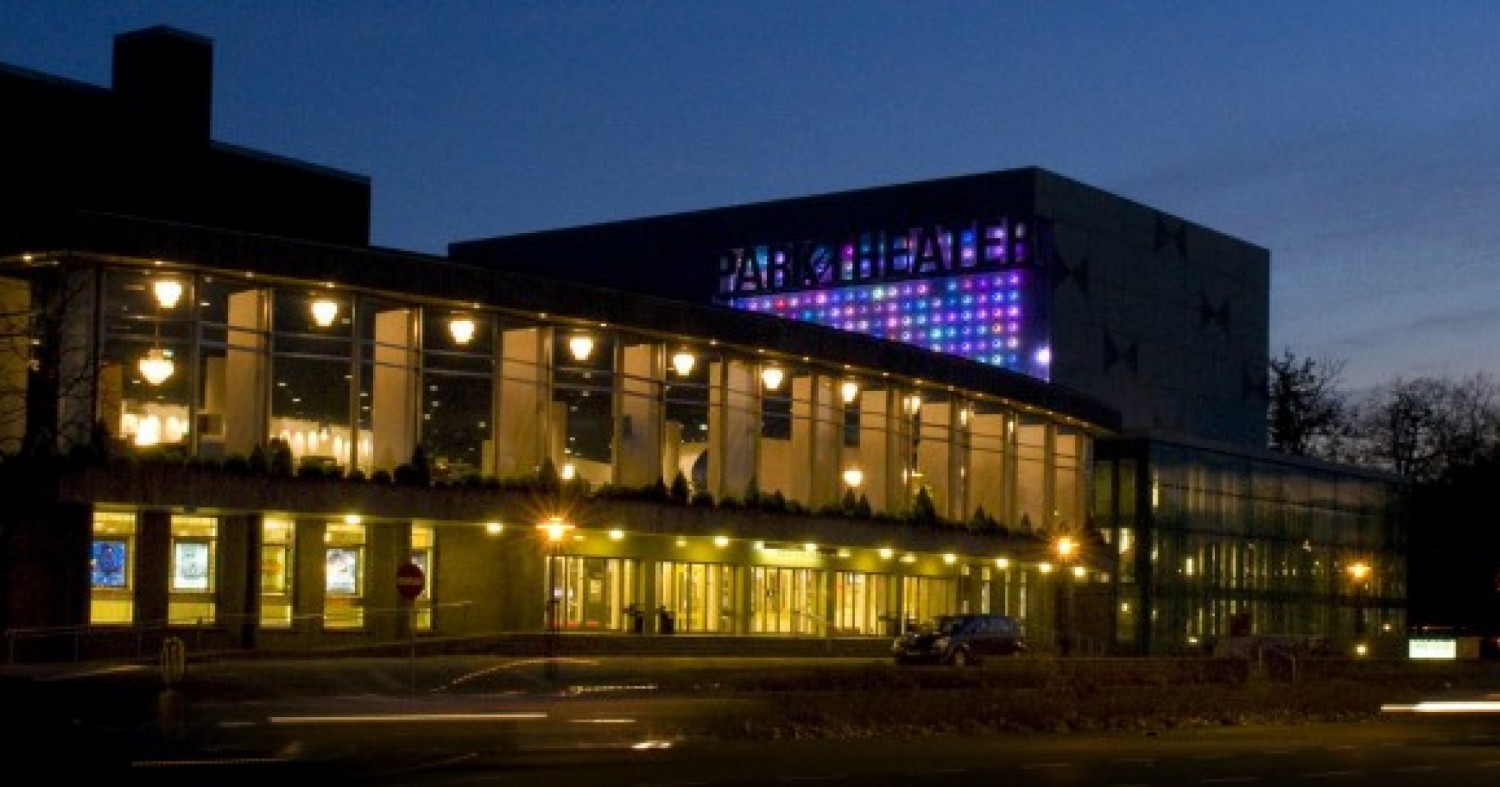 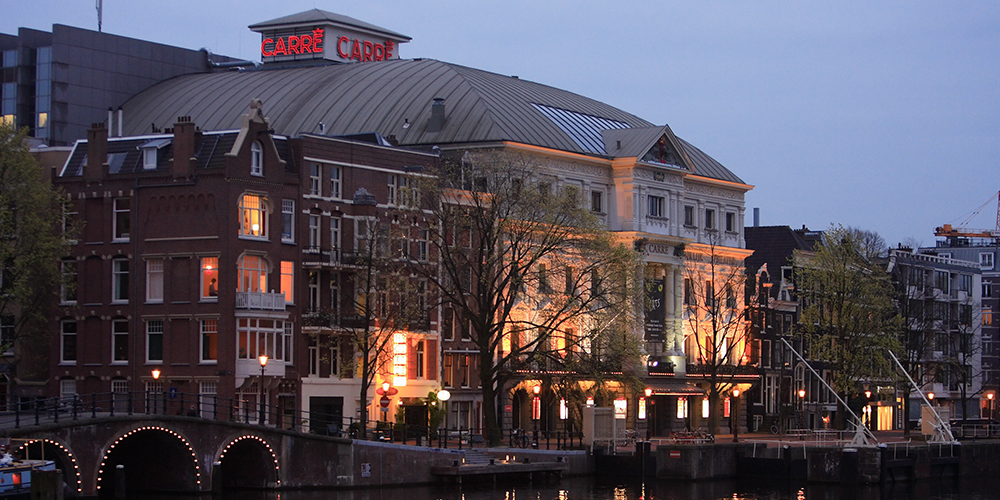 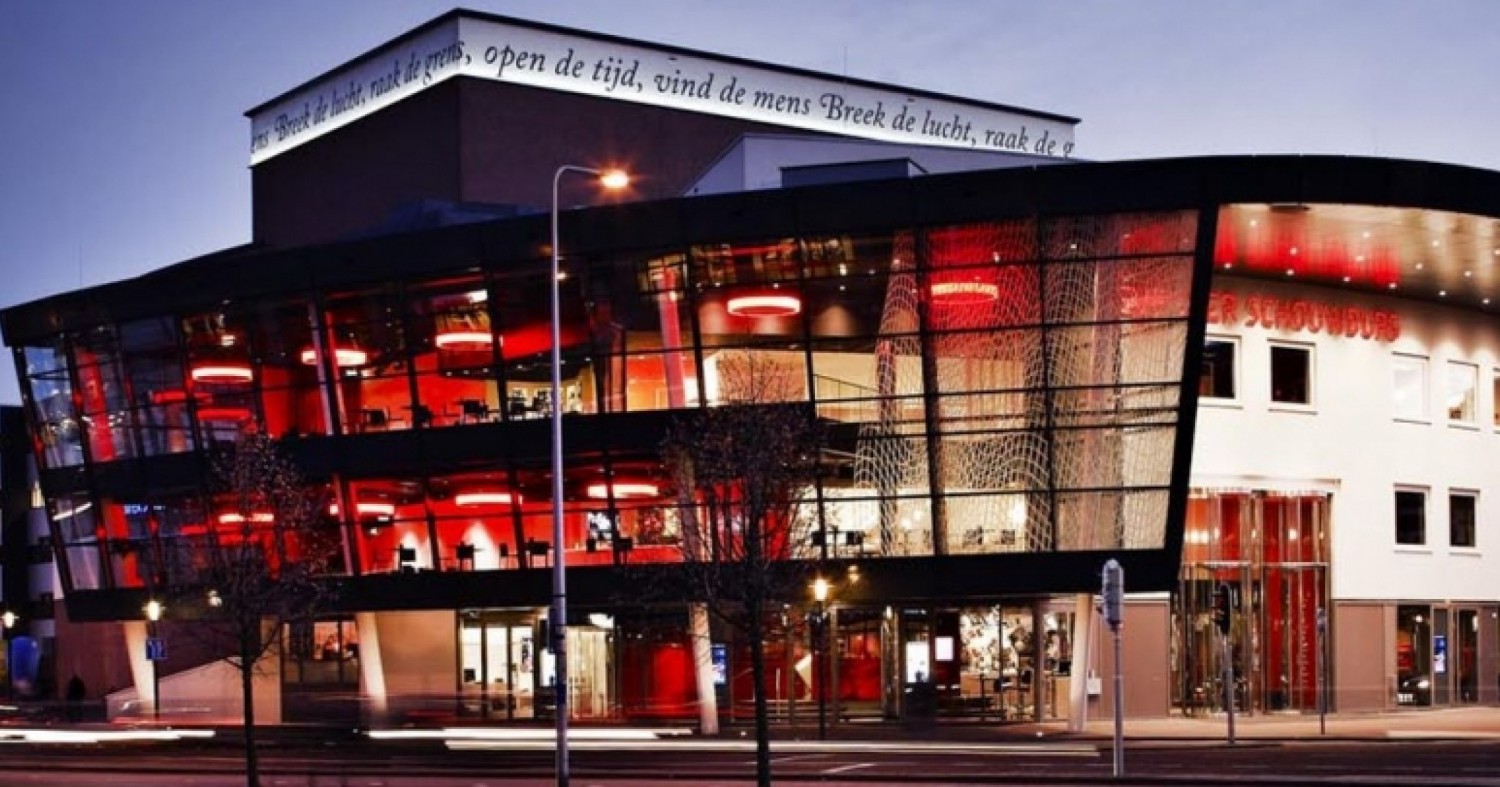 LENGTH
The performance lasts for 2 hour and 30 minutes, including one intermission.

SUPERTITLES
The performance is sung in Italian and supertitled in Dutch and English.

PROGRAMM BOOKLET
Download here the programm booklet of the performance (in Dutch).