Since 2010 OPER2DAY has developed a sustained international partnership with Argentinean foundation Juventus Lyrica. In the summer of that year they coproduced Cosi fan Tutte in Buenos Aires. It was the first time that a Mozart opera was staged in a theatre in Argentina played on historical instruments. Juventus was responsible for the staging and the singers whilst OPERA2DAY provided the instrumental elements. The musical director of OPERA2DAY, Hernán Schvartzman conducted the four performances in the Teatro Avenida in Buenos Aires. The event got even the attention of european press, Frankfurter Algemeine wrote:

‘The collaboration of musicians from Argentina and other countries was very fruitful and the unusually homogeneous, youthful and playful ensemble of Argentinean singers was so perfect that this „Così“ could well have been an exemplary production for the Teatro Colón  (Frankfurter Algemeine)

In 2012 this collaboration was brought a step further and the production of Don Giovanni (with performances in Buenos Aires, The Hague and Rotterdam) organised by OPERA2DAY in collaboration with  the Argentinian Juventus Lyrica, attracted a total audience of over 7000. In both countries, the reception of this production was extremely warm. The audience in The Hague gave the production an average score of 8.6 and it was also placed in the top 10 productions of 2012 on ‘Place de l’Opera. The AD described a ‘sensual and also often funny show’ whilst the Argentinian press wrote about a production ‘that will represent our country brilliantly in The Hague and Rotterdam’. On OPER2DAY’s Facebook, Don Giovanni had 351 friends. The start of the facebook opera had Princess Máxima as a guest.

In the Autumn of 2017 OPERADAY will bring again its musical expertise and unique approach to Buenos Aires. In its former and recent productions (Dr Miracle’s last Illusion and Hamlet) OPERA2DAY’s musical leader Hernán Schvartzman has deepened his musical research into 19th century performance practice, using both early recordings and historical material such as the scores and parts available at the archive of the Theatre Francais de La Haye.

All this knowledge and a group of specialised musicians will be brought to Buenos Aires by OPERA2DAY to realise the first romantic ópera played on period instruments in Argentina: Rossini’s Le Comte Ory. All used orchestra material that includes some interesting markings comes from the archive of the Theatre Francais. Argentinean singers, trained on the belcanto tradition will form the perfect cast for this production. 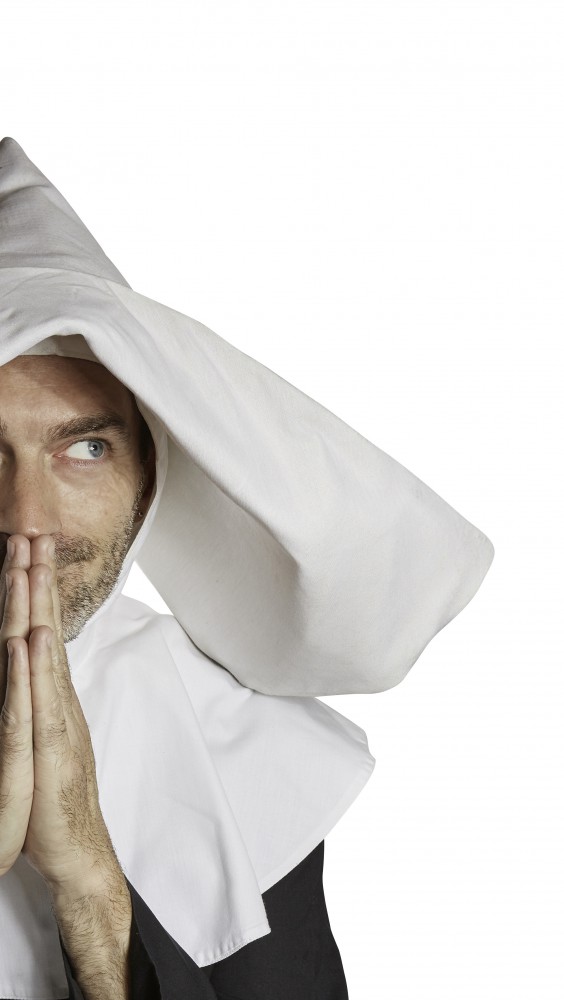 Act I. Somewhere in France. About 1200. Men at court are set to fight in the Crusades. All women decide to live their lives as widows until they return. One of these women is Countess Adèle, who decides to join them despite being single. This out-of-men opportunity is a perfect one for Count Ory. He has decided to disguise himself as a hermit. He is seen as a clairvoyant in the village. Ragonde is the Countess’ confidante and best friend. She arrives and arranges an “appointment” with the hermit for her mistress. This is the opportunity he has been awaiting and accepts. Ory’s tutor and Isolier -his page- arrive searching for the Count and also hope to find the Countess. Isolier is secretly in love the Countess. The true hermit’s identity is unveiled by the tutor. Isolier asks the hermit for advice and reveals his plan to enter the castle dressed as a nun. The Countess consults the hermit and he advises her to fall in love again. In fact, she is in love with Isolier but the hermit doesn’t approve that. The tutor reveals the Count’s deception and the Counts runs away.

Act II. Now the women decide to lock away in the castle. The Count takes advantage of Isolier’s original plan. The women wait for their men while a storm roars. Hearing cries, the women discover many nuns begging protection but they are indeed the Count and his men. They are finally admitted. The “nuns” celebrate. Isolier arrives at the castle with news from the Crusades and is told about the nuns begging for help. He immediately recognizes his own plan and guesses that they must be led by Ory. Isolier declares his love for the Countess. The Count gets into the Countess’ bedroom. Isolier decides to play a joke on Ory and in thick darkness he confuses Isolier with the Countess. The return of the crusaders is announced. The Count realizes that Isolier has fooled him. The Count and his men finally flee and everybody cheers.

Sung in French with Spanish surtitles