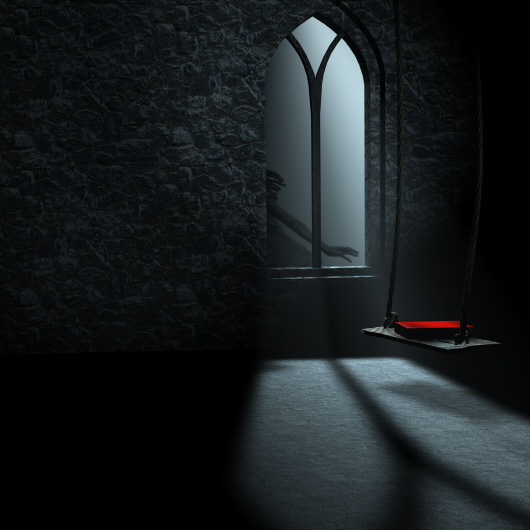 The Fairy Queen by Purcell is one of the most beautiful scores of the English baroque. It consists of two hours of scenes and dances that were originally inserted into Shakespeare’s play, A Midsummer Night’s Dream. In 2007, OPERA2DAY, together with group of talented young singers and the ensemble The Music Party, presented a production of The Fairy Queen as a full length opera. Jan Alofs, bass, was the special guest. Staged in the girl’s dormitory of an old style English boarding school, the set was as equally enchanting as Shakespeare’s fairy forest.

The Fairy Queen is a collection of courtly masques, a combination of instrumental music, ballet and song that was interspersed in Shakespeare’s A Midsummer Night’s Dream. In its original form, the complete play and masques lasted around six hours. The music alone, without the dialogue of the play, lasts two hours. In this production, the musical components are welded together to form an entirely new creation.

In both Shakespeare’s A Midsummer Night’s Dream and in Purcell’s version, the entanglements of love are the centre of the story whilst the dream reality of the fairy world is the central motive. These elements were taken to a new setting and integrated into a newly created storyline. This alternative staging was inspired by the performance history of Purcell’s works, particularly that of Dido and Aeneas. One of the first performances of this work took place in a boarding school. It is known that other works by Purcell, for example King Arthur, were in later centuries also regularly performed in English boarding schools. A boarding school is in fact a beautiful setting for this piece. The students are kept strictly under control. Within this ordered reality, the students search for maximum freedom and individuality. In particular, the dormitory of a boarding school is a secret world, and the teachers don’t know what goes on there. Here, the imaginations of the students blossom to the full. In fact, this is just as hidden, mysterious and exciting a world as that of Shakespeare’s fairy forest.

The Fairy Queen was made possible thanks to the contributions of the Gemeente Den Haag, Fonds 1818 and the M.A.O.C. Gravin van Bylandtstichting.

The timeless setting is that of an old boarding school.

Scène 1: in the dormitory of the boarding school

Six girls come with a teacher into the girls’ dormitory. They change the sheets on beds. When the teacher leaves the room at prayer time, the girls quickly flee from the room. In the garden of the school, a group of boys have entrenched themselves. They keep a watchful eye on the dorms, waiting for the moment when they can break in. One of the girls comes back with a boy. He has to quickly hide himself when the other girls come in chased by a tipsy but strict teacher. They try to distract the teacher and manage to get him out of the room. For the boys who are waiting outside, it is now the moment for them to creep in. They are warmly welcomed. When one of the boys hurts his sweetheart, he is chased out by the others.

Scène 2: in the garden of the boarding school

All the students are in the garden. The offended girl sings of her lovesickness and is comforted by a friend. Shortly after, her sweetheart again treats her badly and the other students sympathize with her in her pain.

After everyone has disappeared inside, one of the girls comes out again to collect the washing from the line. The strict teacher from the first act now sees his chance for a meeting with this young girl between the sheets on the line.

Scène 3: in the dormitory of the boarding school

In the girls’ dormitory, the sorrowful girl writes in her diary. A couple of other girls come in and suggest that they use cards to predict the future of the love story. After a while, they are disturbed by the other students who come in looking for something to do. They dress themselves up as if they were in a royal palace and the lovesick girl falls asleep on the floor. The last glimpse she has of the dormitory becomes a part of her dream. Her brusque sweetheart learns a lesson through a ‘courtly masque’. The sun king sends spring, summer and autumn to him together with various gifts in order to teach him a lesson about his behaviour. At the end, he discovers that he is as cold as winter its self and he longs for the warmth to come back to his heart. When the sleeping girl wakes up to an empty room, she realizes that everything was just a dream. She is inconsolable and sings a sad lament after which she again falls asleep.

When the girl wakes up again, she is in a classroom where the teacher is giving a lesson about the creation of the sun according to the book of Genesis. The students have to write down a dictation. The hard hearted boy is however, writing a love letter to his sorrowful sweetheart. When this is discovered, the class is punished under the watchful eye of the forceful teacher of the first act.  The teacher falls asleep though and the students live it up. The boy is teased and the sleeping teacher is deployed to reunite the unhappy couple. When the boy finally relents and repents of his brusque behaviour, the desks are moved to the side and the classroom is converted into a chapel for the sleeping teacher to give his blessing to the enchanted couple. Lieto fine! 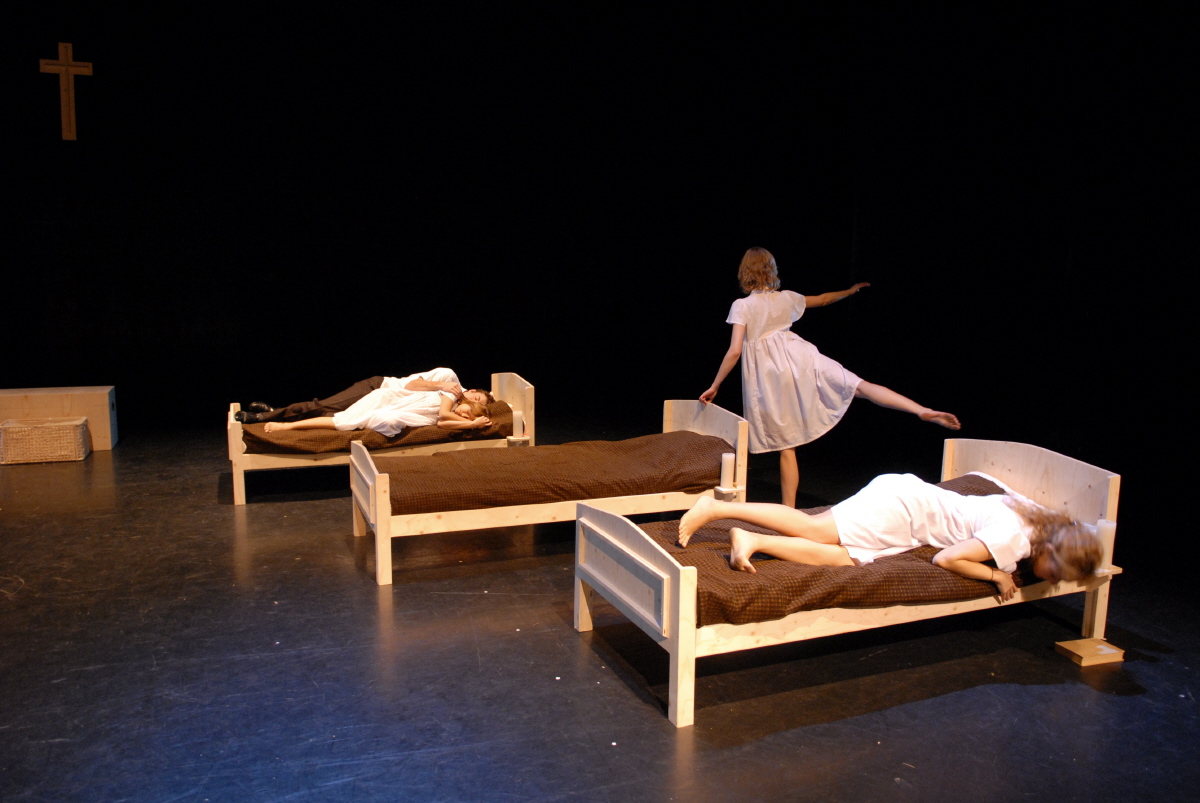 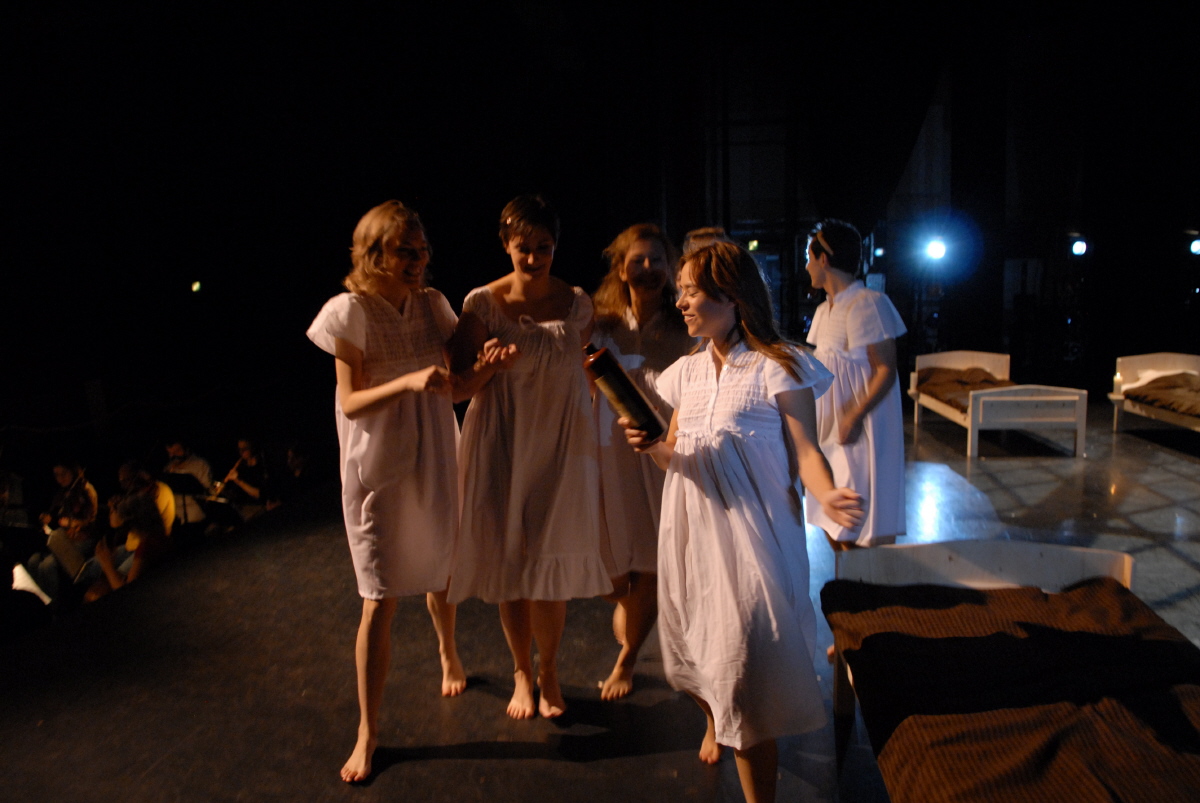 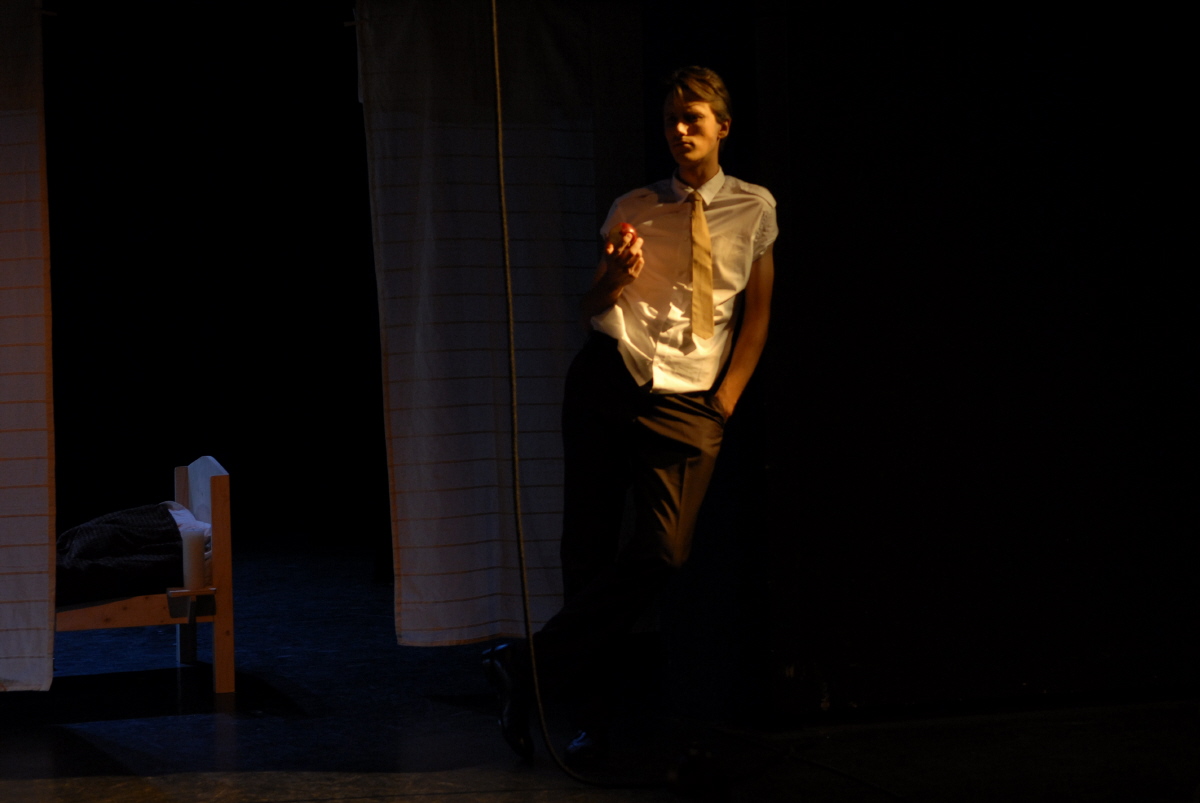 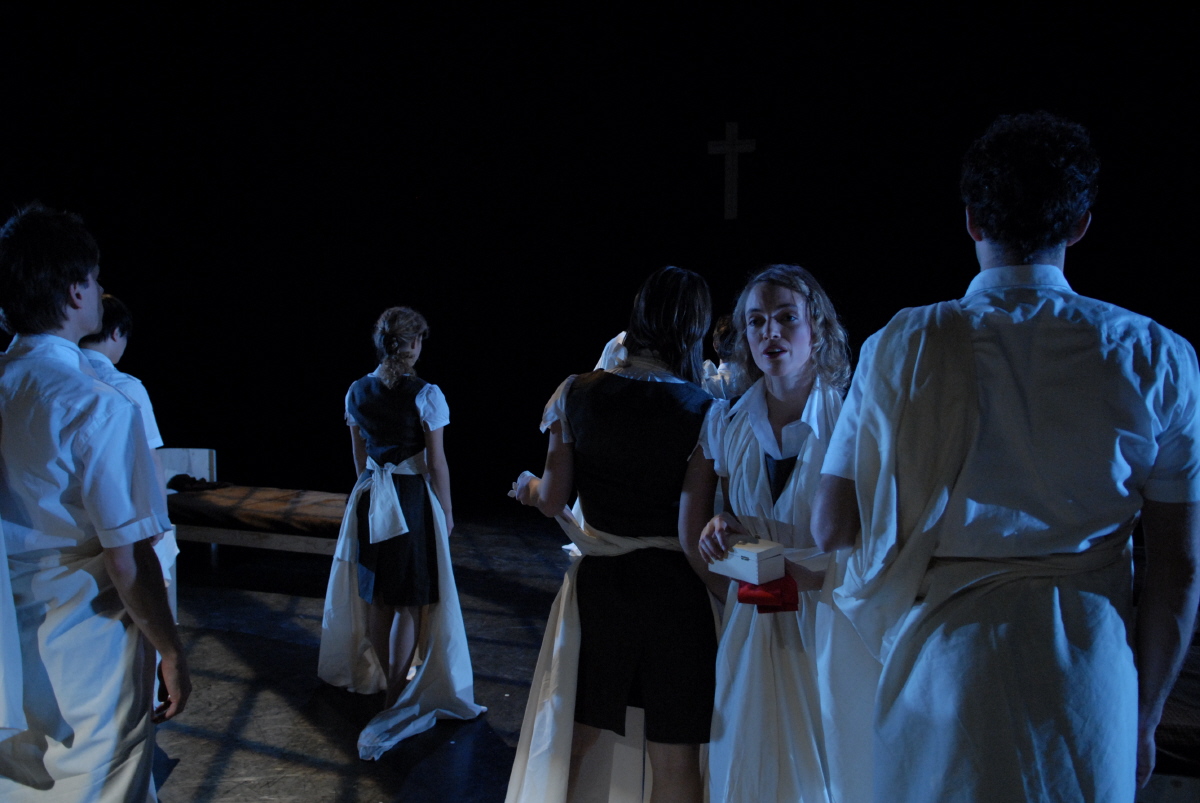 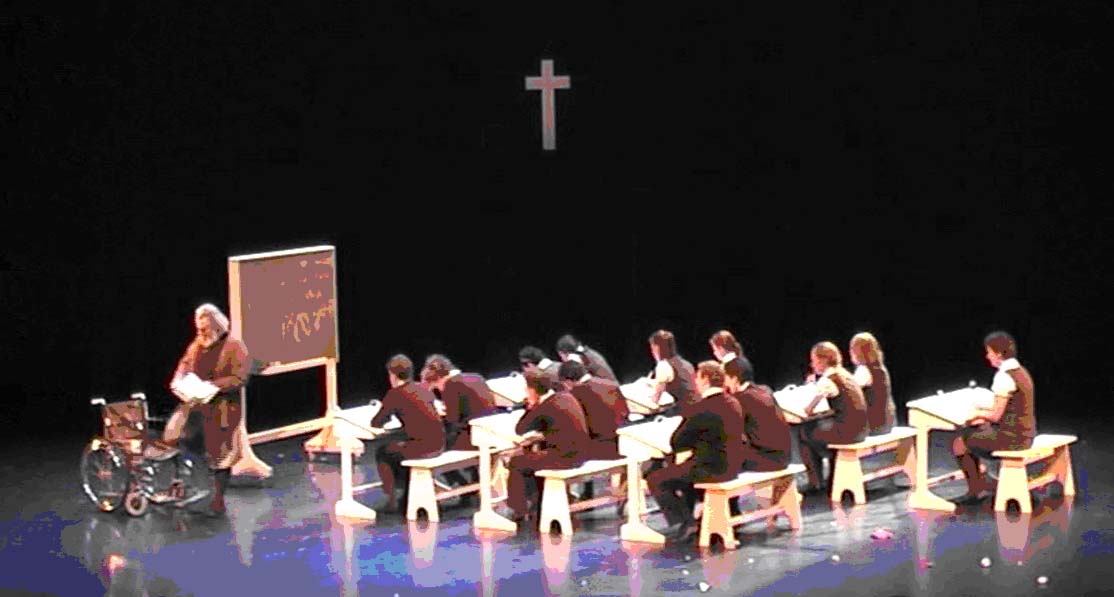 The Fairy Queen - Air "If Love's a sweet passion"